If you would’ve asked me about five years ago if I would’ve ever gotten a tattoo, I would’ve probably looked at you like you were crazy.  Truth be told, I’ve always admired the tattoo art form but just never wanted to go through the pain.  I was scared, honestly.  I was scared of the reputation I might get and I was scared of what my parents would think.  I also thought about job prospects and how difficult it might be to get one with tattoos.  So I figured they just weren’t for me and I kept it going.

Over the years, however, something changed.  I started gaining a little more courage to pursue things that in years prior I just would not have.  When 2017 started, I made a promise to myself that I was going to start doing more things that I enjoyed… things that I have always wanted for myself, without fear of what others might think.  So with the help and encouragement from one of my friends and work colleagues,  I decided to go for it and get my first tattoo, at age 31.

I loved the idea of a dream catcher because I am a dreamer… as an only child, I used to spend so much time day dreaming and fantasizing, turning them into stories that to this day I refer to within my writing.  To me, it symbolizes the welcoming of positive vibes and goals into my life, with the three feathers representing my 3 children, who will hopefully one day inherit the dreams that I have for them.  Plus I think dream catchers are really cool.  And because I got it on my forearm (a place that I read was good for pain tolerance) I knew that I would eventually have to create a sleeve around it… it just looked too weird by itself.

This was initially supposed to be my first one.  I knew I wanted a script tattoo… something meaningful that I could look at and be reminded of the goals that I had for myself.   I decided on “be still” (and know that I am God) because there are often times that I try to control or fix situations in my time.  I used to have a hard time with letting go and letting things happen the way they are supposed to.  Call it being a control freak, if you will.  I have learned that no matter how much you work or try or even pray, things are always going to happen on God’s time, not yours.  This is a constant reminder for me to have faith that everything will always work out for the best.

My third tattoo was the “official” start of my sleeve.  I knew I wanted sunflowers because I love sunflowers.  They are hearty, resilient plants that can pretty much withstand just about anything and regardless of what kind of environment they are in, they still flourish.  Originally I was going to do an owl because I love owls but I couldn’t see putting an owl within or on top of sunflowers so I decided on a hummingbird instead. This tattoo symbolizes the union between my parents.  My father was born in the country and my mother’s mother’s people come from Trinidad which boasts the largest population of hummingbirds in the world.

The next one was a tough one and it took a little bit to figure out what I could put opposite of my dream catcher.  I decided on a cheetah with a bouquet of wildflowers behind it.  The wildflowers coincide with the sunflowers which help unite the two pieces. I am obsessed with cheetahs.  I’ve always loved them.  That’s it really… no special meaning other than its representation of the mother land… which obviously is symbolic of my heritage. 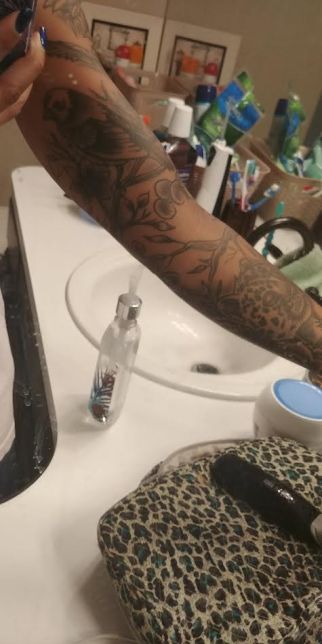 The fifth one was my robin which obviously represents me.  I wanted to put her opposite my hummingbird and sunflowers because in the union that the former represents, I (the robin) came out of it.  My artist free-handed most of this tattoo by drawing branches and flowers that would better tie into the other piece making it seem like one giant piece. 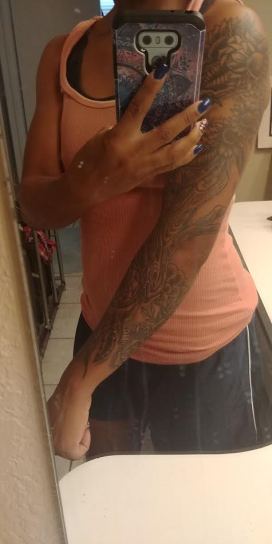 And about two weeks ago, I finished my sleeve.  I opted to leave my elbow bare as I just wasn’t about to deal with that pain.  My artist was awesome; I left creative freedom totally up to him and let him free hand the various filler parts you see here.  He drew branches that connect all the pieces into a tree trunk that goes up into my upper arm.    I love the way it came out and I think it looks pretty sick.

All in all, I’m so happy I decided to go for it and get a sleeve done.  I’ve always loved the way they look, especially those that are more cohesive and capture a single message. Every single piece on my arm is significant in one way or another and symbolizes all the growth I’ve done and the growing I have left to do.

If you are thinking of getting a tattoo, go for it.  Do not let slight hesitations stop you, especially if what you want to get is important to you.  Yes, it will hurt and yes, it takes time to care for it while it’s healing.  Yes, it is a bit of an investment.  But I’m happy that I took a leap and actually found out that it wasn’t so bad.  Most people that have seen it like it a lot and the one person that I was most concerned about seeing actually was pretty impressed with the work that was done.  Definitely do your research and ask for recommendations for a good artist.  Check out their portfolio and be sure to ask plenty of questions before sitting down to get your ink.  You want to be sure that whatever you decide to do you are 100% down for because tattoos are permanent!

Special thanks to Edwin at North Star Tattoo for doing such an amazing job!  If you live in the Springs area and are thinking about getting some ink, you should definitely check out his shop.