Hello there!  If you are like me, then most likely you have crossed that magical threshold into parenthood, or you are patiently awaiting your initiation.  If you are in the latter group, then let me be the first to welcome you to the club.  Hi.  Robin here.  Member (and Tired) since 2010.   Like most people who are anticipating the arrival of a little one, I’m sure you have studied your “What Not to Expect When Expecting” type books as well as inquired about the needs of infants courtesy of your world wide web.  I’m sure you had/have all the necessary equipment that your local Babies R’ Us (RIP) dictated you absolutely needed to be a good parent.  One must always be prepared, after all.  And as most of us who are already parents will tell you, having a baby is exciting!  Babies are cute!  Babies are cuddly!  And all things baby are oh so adorbs!  There is so much information about childbirth and babies.  How to prepare for labor and delivery.  The benefits of breastfeeding and the benefits of formula.  How to respond to your baby.  How to interpret your baby’s different cries.  How to create a successful sleep schedule.  How to tell if he or she is ready for table food.  Etcetera, etcetera, etcetera.

HOWEVER.  There seems to be a void in all the preparation materials when a child gets to a certain age.  There are books for dealing with babies and infants, and even a few about toddlers.  But no one, NO ONE tells you the fun in store when your cute, little, bubba turns THREE…three… three….three….  (I hope you appreciate my visual representation of an echo).

Yes, the three year old child is something of a mystery.  Just like those LOL dolls, it’s a big, ole ball of SURPRISE… bet you had no idea what kind of shenanigans was going to follow that third birthday! (If you don’t know what the LOL dolls are, don’t worry!  If you have a little girl, you will soon know right after she comes home with one from school that she pawned off her best friend for 50 cents).   In fact, it’s so much of a surprise that there aren’t many people who will want to tell you what to expect.  We always hear about the terrible twos.  Toddlers and all their curiosity which can just about cause chaos in any peaceful household.   But no body mentions the awesomeness that happens when that vivacious two-year-old reaches his third birthday.  Nooooo!  Even your realest, truest, most ride-or-die homies will let you figure that out all on your own… when your husband is gone, and you haven’t slept well all week, and you have to work early in the morning, and suddenly she is getting up in the middle of the night because she wants her water bottle, but the one you bring has ice and how dare you put ice in there.  SHE DID NOT WANT ICE!!! And cue meltdown number 4,572 of the week.

During the preschool years, he might be starting school, either in full-day child-care programs or in part-day preschool programs.  He is becoming more and more aware that suddenly he is not the only one who exists in the world… that there are other kids his age, and suddenly there becomes this unspoken battle for attention… By. Any. Means. Necessary.  Your preschooler will not be quite sure about all the emotions she feels every day and because of this inexperience, she might respond to those feelings in the most concrete ways.  For example, when a preschooler is excited, he might start jumping, shouting, or laughing… which makes sense for joy.  However, their ability to register the appropriateness of said response hasn’t happened yet.  So regardless of where they are or what you might be doing, those emotions will have their say.

It is the same for those bad feelings…  Oh those bad feelings, which seemingly happen at least once a day, if you’re lucky.   There’s a reason why three-year-olds are also called “three-nagers.”  Three year olds can experience a wide variety of feelings in a very short amount of time, just as a teenager going through puberty might experience.  However, unlike your teenager, who is just about embarrassed about everything, your three-year-old has NO CHILL WHATSOEVER!  This child will literally have a melt-down in the store because you got the wrong cereal.  Or the wrong brand of fruit snacks.  Or she sees a balloon she want, but you said no because the last thing you need is a bunch of balloons sullying the house you just cleaned for the umpteenth time today.  She doesn’t even care if the balloon said “Get Well Soon”, although if he or she keeps this shit up, you’ll need one of them and perhaps something a little stronger… that comes in a bottle… that is not in the regular juice aisle.  Whether he is in school or not, he will begin to understand that not everything in the world belongs to them, and yes that means he will have to share.  This will also not be a welcomed lesson so prepare for the fits there too.  It will seem that everything new and/or different at first is everything bad.  She will be exposed to rules, possibly for the first time.  And no matter how much you say something over and over and over again, he will conveniently forget.  So get used to repeating yourself A LOT.  I recommend just investing in a tape recorder now so you can save your voice for more important things… like practicing your audition for “The Voice” in the shower. 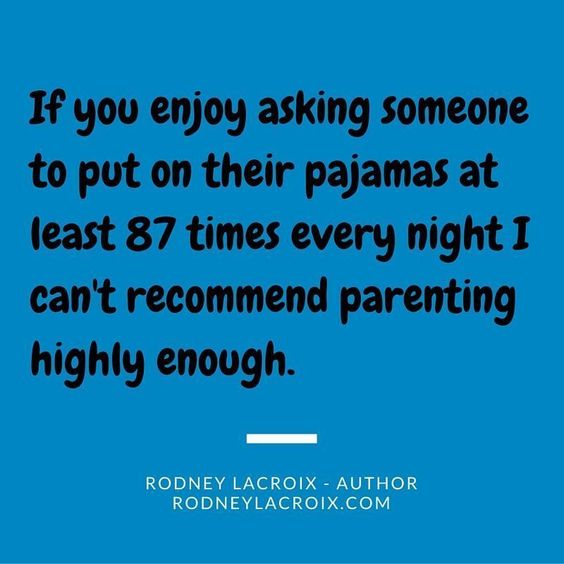 And I hope you don’t have a specialty dish that you just know your children will love.  At three, your child will just about refuse most meals you offer…. EVEN IF THEY JUST ATE IT LAST WEEK!  The minute you are confident that she will always at least eat macaroni and cheese, be ready for her to yell “I don’t want that” all while pushing her food almost to the edge of the table.  Who knew this kid had such an arm!  Be prepared to have these battles almost nightly with your preschooler, as most nights you might even go full “Beast” on her!

And even though you might be convinced that he will never get past 30 pounds just wanting to eat grapes and chicken nuggets, sooner or later he will realize that going to bed hungry every night just isn’t worth the fight.  Of course, don’t be surprised when that realization comes a few years later!  Be open to offering different types of food.  But don’t feel awful if you have to give him the same damn thing every single night.  As long as he eats, right!?

Finally, if you like having nice things, if you enjoy the feeling of relaxing in a clean room, if you like the idea of Netflix and Chill, if you have any hobbies at all, be prepared for your three-nager to come along and be all “Not Today.”  Not saying that it’s the end of the world when you have a preschooler.  But just know that there is a button programmed into your three-year-old’s mind that when her eyes behold something clean, something organized, something pretty, it’s pretty much set to destroy it.  Remember the bathroom you spent just about an hour cleaning… yeah… once your preschooler goes in “just to use the potty” he will probably come out leaving a streaky mirror, a wet floor, toilet paper everywhere except for in the toilet, which still contains whatever just left your child’s tiny body, and there will be toothpaste everywhere.  Like WTF!  It’s the middle of the afternoon!  There was no reason for him to even be brushing his or her teeth right now!  Ugh!

In no way, shape, or form am I here to scare you.  I do not want to lament having children, and I do not want to portray how much of a hot mess I am, (although I think that ship has sailed).  However, no one, and I mean NO ONE, told me how difficult it would be to have preschoolers under my roof.  Friends, believe me when I tell you… it’s a lot like fighting an Army you created yourself.  I’m here to tell you that things will always be challenging with these little buggers.  I’m three kids in, and I’m still trying to figure this three-year-old thing out.  And unlike a phone that breaks, or a car’s oil pan that begins to leak, there is no warranty on your preschooler.  There’s no return policy like at Target.  And there is no satisfaction guarantee, like the LUVs diapers he just graduated from.  You cannot return your three-year-old to the hospital and exchange her for a new model, claiming “she broke… I can’t figure out what’s wrong with her!”  And it doesn’t matter if you still have the receipt from the ridiculous bill you had to pay to have the baby in the first place.  No take backsies.

But as challenging as preschoolers are, they are really little wonders.  Your child will grow and learn so much at this age, it’s unbelievable!  You really start to learn more about his personality as he attains interests and hobbies.  And what she learns at this age will have a startling effect on how she will approach starting grade school.  Preschoolers are a wonder… a wonder and a terror mixed up into a ball of crazy with a side of adorable.

1 thought on “What The World Didn’t Tell You About…”