Growing up, it was simple enough.  You studied hard, made good grades, and joined a few clubs or extracurricular activities all so you could apply to a number of good schools, get accepted to one or all of them, and finally be on your way to having the profession of your dreams.  And if you came into college age anytime during the 80’s through today, it is expected, often necessary, of you to keep the school thing up, usually into your 20’s, by getting your post-graduate degree so you can even be more marketable and more educated for an ever-changing, competitive world.  And by most accounts, this plan will work for you.

But what if life had other ideas?  What if there was a life-changing event that altered the normal timeline of a typical young adult?  Some of us get lucky and avoid these pitfalls that can drastically change the game plan, whether it be an unplanned pregnancy, a whirlwind romance, or the untimely death of a parent, among other things.  Suddenly, you find that the preparation for a “successful career” has been either sidelined, or altogether dropped for the purpose of caring for other time-consuming responsibilities, or a shift in your lifestyle seems to have made whatever education or training you might have, null and void.

Welcome the curious conundrum of the typical military spouse.  There is a common idea that unless you are married to an officer, the typical military spouse is one who married young and thus has missed out on the typical coming-of-age experiences that most young kids coming out of high school experience.  This is a stereotype that plagues the enlisted spouse, that they are inexperienced and uneducated, thus unable to create their own identities aside from being a mother and a wife.  Nothing could be further from the truth. Regardless of what circumstance brought them into the military lifestyle, many of independent, self-starters with the motivation to make something of themselves.  To get out of the shadows of their husband’s career and be their own woman.  And so maybe they don’t come into the military with a post high school education, but they certainly find ways to compensate for it, by either taking college classes online, finding a job either on or off base while attending classes at night, or by starting their own business, something that they can take with them as they move around.

But what about those spouses who don’t fit the mold?  Those enlisted wives or husbands who might have had a different route into the military, either by marrying an already enlisted service member or by entering the military later in life.  The latter is how I came to be a military spouse.  I met my husband, a sergeant in the Army, during my undergraduate college years in Florida, and we have been together ever since.  I started taking graduate courses during my stint as a retail manager when we lived in Georgia, fully aware that my mere Bachelor’s degree wasn’t going to take me anywhere, unless it was in nursing or teaching.  Most Bachelor’s in anything else need a post-graduate degree to make it a viable education tool in the art of the job hunt.   And so I decided to pursue my MBA, convincing myself it would be the best match for the most job opportunities since my heart was no longer in the idea of counseling.  It took me 6 years to earn my Master’s taking a few breaks along the way, and even changing course to pursue a degree in teaching early childhood education in the mix.  But through it all, I was convinced that this was all I needed; that once I had this piece of paper in my hand that said “yes, Robin Davis was a master in the skill of administrating business, I’d be the most desired job candidate in the contest.  There would no doubt be job offers just raining down upon me.  By this time, we were about  two years into military life, and I vaguely understood that jobs might be hard to come by, what with all the moving and all, but that didn’t matter, because I stood out.   I was the one who was going to the get job, no matter what… I was too educated to be rejected.

5 months. 403 job applications.  375 resume revisions. 375 cover letters. 10 interviews.  No job prospects on the horizon.  I sit here some days confident, knowing that God has my back, that I’m not going to get a job offer that isn’t going to be a good fit for me.  But there are days wherein I’m deflated, the life sucked from my lungs, the disconsolate feeling of not being good enough, of perhaps doing something wrong.  And even though I have a mighty sword with this Chromebook of mine, and can do some serious damage with my pen and notebook, I know I must keep the matra of the great Oprah Winfrey fresh in my mind… I must do what I have to do, so that I can eventually do what I want to do.  And so the job search continues.  But I have to wonder… was it even worth it to get my Master’s in the first place.

Being an active duty spouse means you must move every few years, which can usually result in gaps in employment and/or jobs that have little to nothing to do with each other, never mind that degree you busted your ass to earn.  Because of the inconsistency of your lifestyle, most jobs that are in line with your education become a fantasy.  Something that only the the most fortunate of circumstances will you ever be able to do.  The only exception to this rule that I have seen are those positions within the medical fields… those spouses planned accordingly!  But for the rest of you, you take what you can get, and sometimes that means taking something for which you are overqualified and as a result, you will not be compensated according to the promises of that beloved degree.  Could it be that that advanced degree is holding you back, when the rest of the post-graduate degree holding world seems to only propel forward with more education?

So what would’ve been the right move for me?  Would I fare better if I just avoided the idea of graduate school, keeping me safe from student loan sharks?  Maybe it’s not the degree, but perhaps I could keep it off the resume, at least for a time so that potential employers might consider me a little further than before?  It’s hard to say.  I will say this: being an enlisted spouse has opened my eyes in such a way that has humbled me.   I am no better because of my educational background.  Most would find it hard pressed to believe that I have a Master’s degree because of my stay at home status and because of the fact that I am married to an enlisted man.  Most people find it surprising to learn my husband has his degree and wonder why he chose to go into the Army on the enlisted side.  I have learned since being in the military that everyone grows up with different expectations, much of which have to do with culture and where you are raised.  It is not uncommon to meet most military families who hail from the South where family is everything.  It might be easier to make friends with someone who didn’t have the normal route to adulthood, who had children very young, and never thought about college until well into their twenties when you are in the military.  I can say with full confidence that about 80% of my graduating class went on to a four-year university.  I knew no one who graduated high school just to get married a few months later.  It was expected that you get your degree… it’s just what you did after high school.  And for most with whom I grew up, this formula worked flawlessly.

In the military, my role is that of a spouse and to the military, my educational background means absolutely nothing.  I’m just going to keep it real.  It doesn’t matter whether I have a doctorate or barely earned my GED.  Being a service member’s wife is the great equalizer, meaning it doesn’t matter what YOU do, as long as your spouse is doing his or her job.  And I will admit that being in this role has humbled me;  I cannot hide behind my fancy degrees and professional experiences as the thing that identifies me.  I’m just the same as Nancy down the street or Maria around the corner.  We are spouses, and to the military, that’s all we need to be. 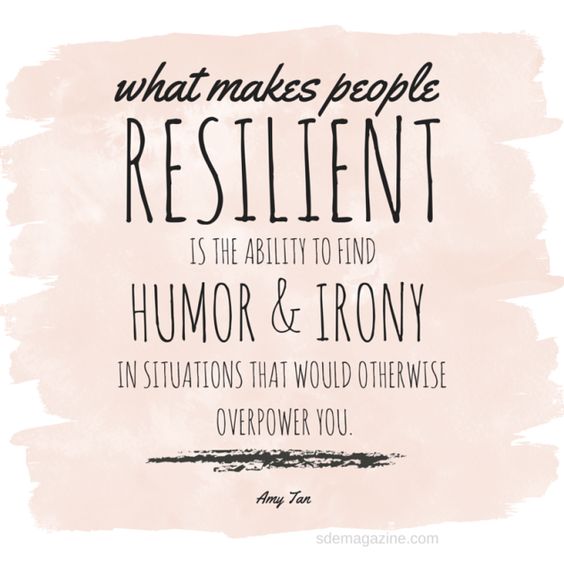 In this journey, I have learned that when the tides change, and your course suddenly sails toward a new direction, so too does the plan.  I am proud of my educational achievements, but perhaps I should’ve charted a new map when my course parted from the norm.

Update:  I am pleased to announce that come Monday, I start my new role as a Benefits Specialists with a local non-profit helping veterans find and sustain housing.  I have learned so much from this experience, as grueling and frustrating as it was.  I am so happy that I experienced all that rejection so that the right job could find me.  I’d like to thank y’all for bearing with me throughout this process and for your support!